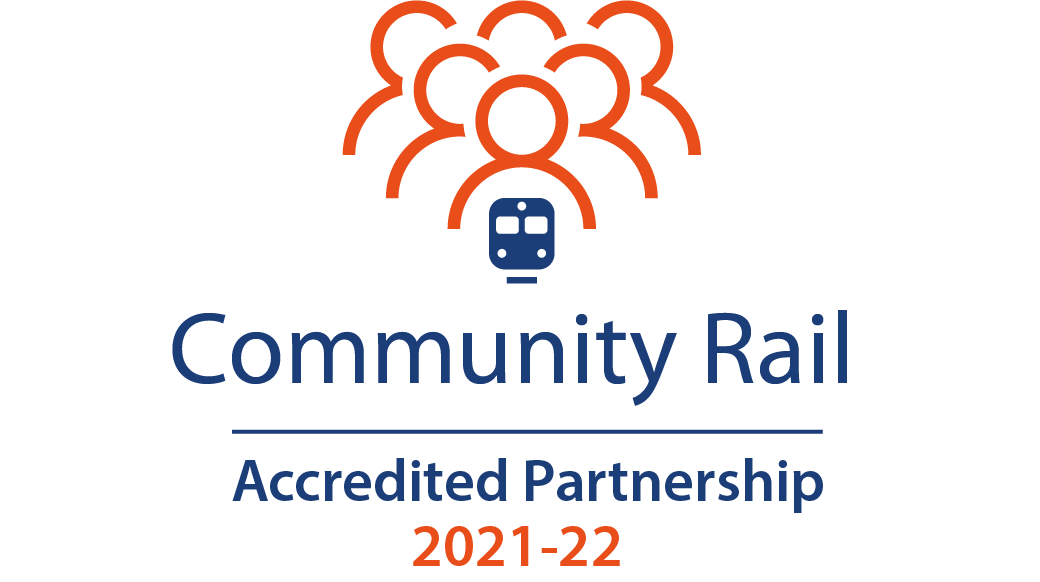 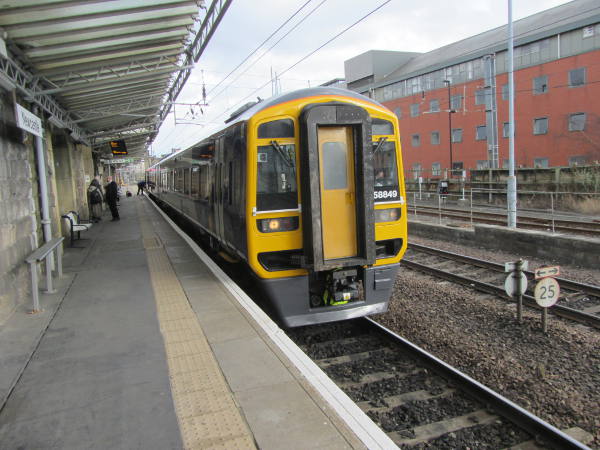 February saw the cascade of un-refurbished stock arriving in the Tyne Valley line in the form of 156's and 158's from Manchester or Scot Rail. These are very comfortable but in need of some tlc.

The Tyne Valley Community Rail Partnership (TVCRP) Officer, Fiona Forsythe, was invited to present a paper on the achievements of the TVCRP. The meeting was highly technical but as a reward to the Stakeholders, Northern gave a lunch for them and the offer of a journey on a newly refurbished 158. The Stakeholders from the TVCRP were invited to board the 13.20 train to Morpeth, which was number 158849 which looked very splendid in its refurbished colours. This train began service at Carlisle and travelled along the Tyne Valley to Newcastle before continuing along the main line calling at all stations to Morpeth.

We boarded the shiny train and admired the new wi-fi points. The seats were very hard but I may have got used to them as I suffered no ill effects when I arrived back in Newcastle. We also admired the seat reservation signs, ready for the Northern Connect services and an indicator board which will show platform connections as the train approaches Newcastle, thus helping passengers with their ongoing connections.

The train set away on time and as we were on the main line we soon reached a good turn of speed. These 158's can reach 90 mph permitted on this line whereas the Tyne Valley line has speed restrictions.

At Morpeth we were permitted to remain in the train as it proceeded along the former Blyth & Tyne Railway so it would be clear of the main line allowing the proceeding LNER service to pass. We were honoured to be allowed to travel on this section of the line which would make many rail enthusiasts envious as no passenger trains have regularly used the line since it closed to passengers in 1950.

We returned to Newcastle and arrived on time. Many thanks to Northern for arranging a trip for the Stakeholders and for the lunch. It is good to see these “new” trains taking the place of the Pacers and providing more seats on the busy commuter routes.

NOTES FOR EDITORS
The Tyne Valley Community Rail Partnership is a not for profit limited company.TVCRP Officer is Fiona Forsythe, who may be contacted on or 07810885223.